Continue shopping I am paying

Transplantation and propagation of block orchids

Epiphytic orchids with their special roots cling to trees, bushes, rocks in nature, which in culture are usually replaced by cork blocks, less often by vines or other tree species.

Once the plant has completely intertwined with its roots the tree of the holder, it is time to transplant and possibly propagate at the same time. Like the plants living in Hungary, the ideal transplant period for orchids is spring. However, if the orchid is just blooming, wait for it to bloom and only then transplant it

Tools for transplanting a cork-mounted orchid:

The process of transplantation is shown in a Seidenfadenia mitrata orchid. This orchid from Asia is unusually tied not to a cork block but to a perforated plastic.

Carefully cut the plastic around the roots, taking care not to break the roots. If we have an orchid planted on cork, the cork should be carefully peeled off in pieces around the roots, and the roots should be unearthed from the surface of the block by very careful movement. Dead roots and leaves are then removed. 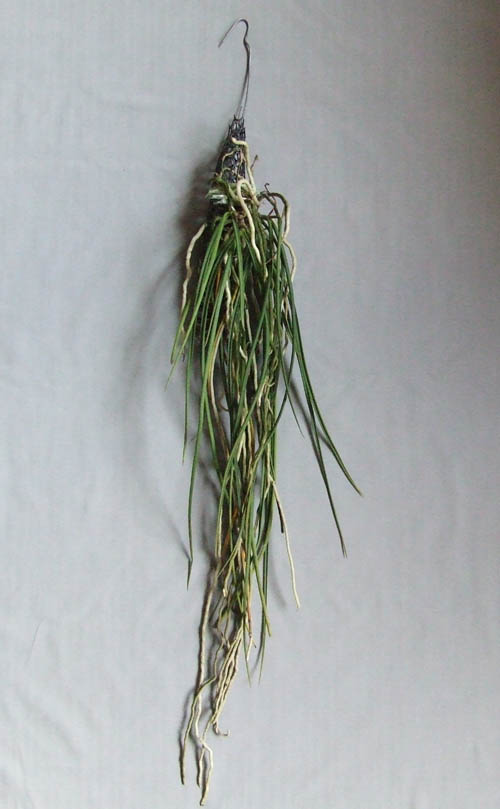 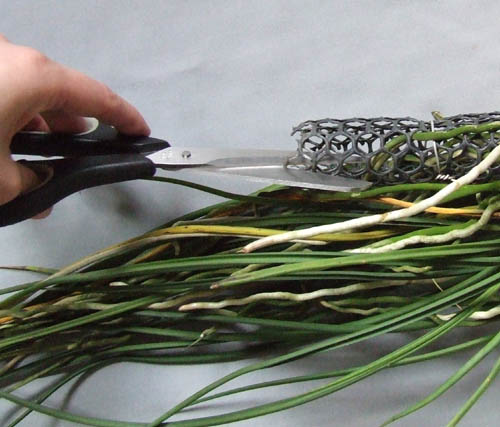 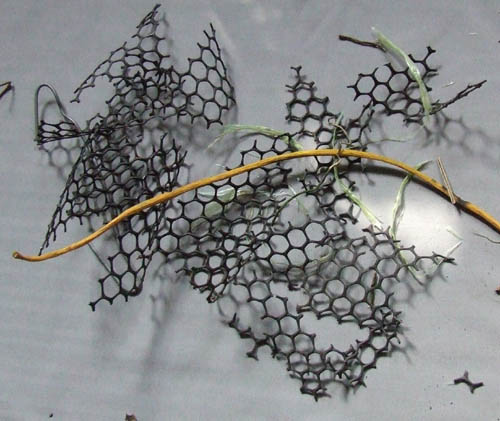 Once the roots have been freed from their previous medium and we want to separate the orchid, examine the root at which parts the cutting can be easily solved. Once we have found the most suitable place (s), carefully cut the stem with a disinfected sharp knife or scissors. (More fortunately, the orchid itself falls apart by several daggers.)

The easiest way to disinfect is to keep the devices in an open flame. Disinfection is important so that if several orchids are transplanted one after the other, any diseases should not be transferred from one orchid to another using the cutting tool. 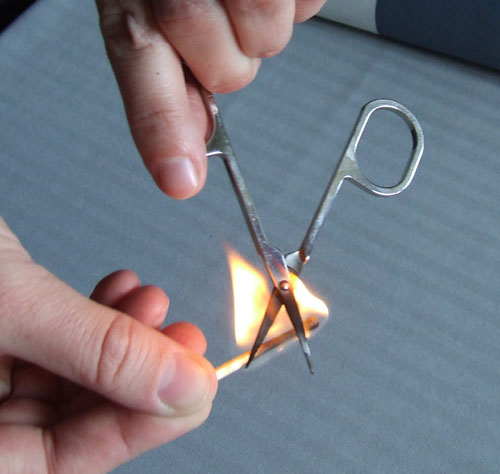 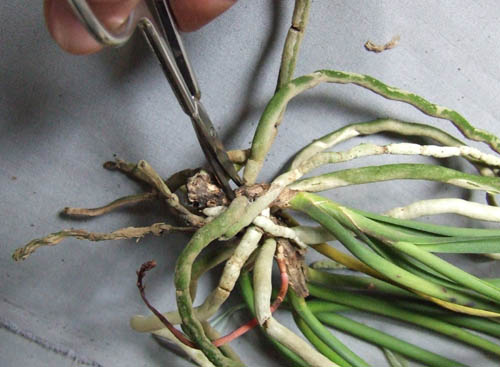 The scar of the cut is treated with charcoal powder with a disinfectant effect, or in its absence wait until it heals and dries. Dehydration is usually enough, too, so if you don’t get a disinfectant, you don’t have to worry about the integrity of the orchid either. 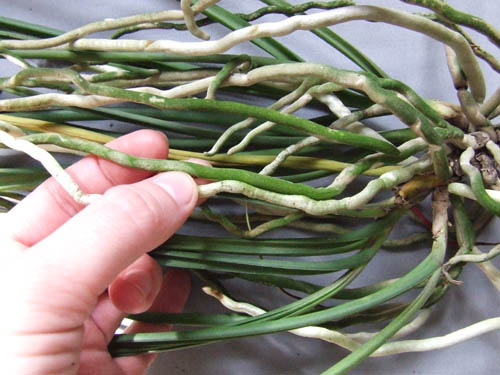 This large orchid can be separated into four separate daggers. 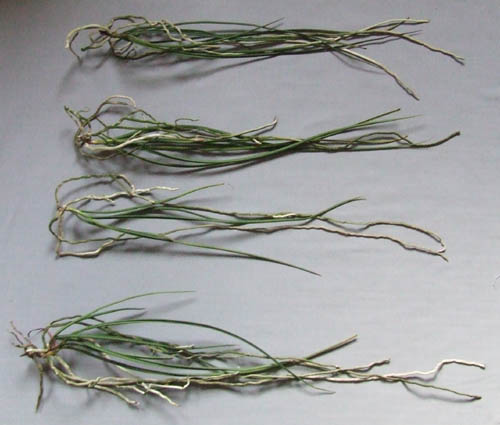 After separating the stems, take out the cork block and make a hanger for it from a stronger wire. 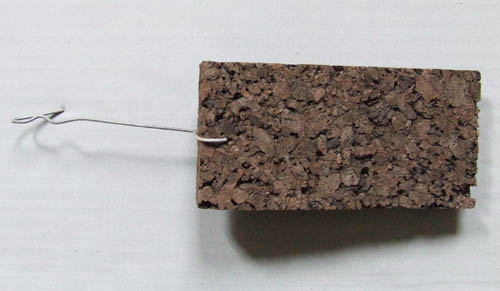 Place the plant on the cork block. We always try to place the orchid in such a way as to provide the most free space on the block according to its direction of growth. 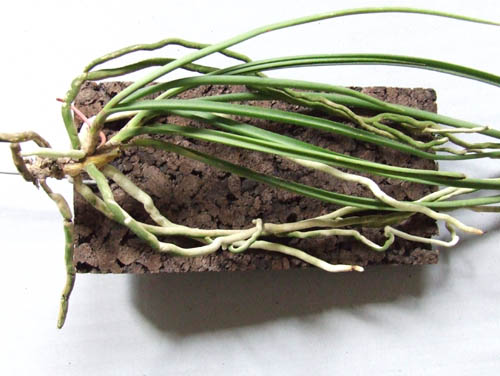 If necessary, add Sphagnum moss to its roots. An advantageous feature of Sphagnum is that it holds water for a long time while allowing the roots to ventilate. So if the orchid requires constant humidity, or if our apartment has a drier climate or we have less time to water the plant, Sphagnum moss makes care easier. 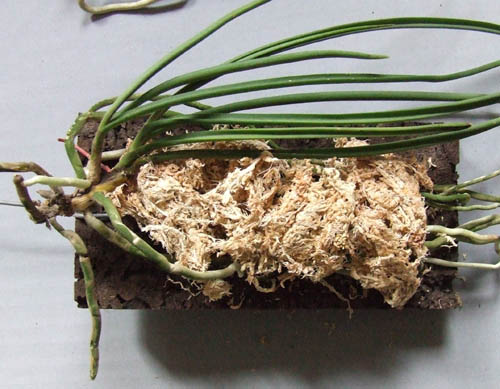 The orchid roots and moss are then fixed. You can also use a thin wire, a thin fishing line or a piece of stocking for fastening. In the present case, none of them were available, so we replaced them with embroidery thread, but the disadvantage of this is that approx. it breaks in half a year. 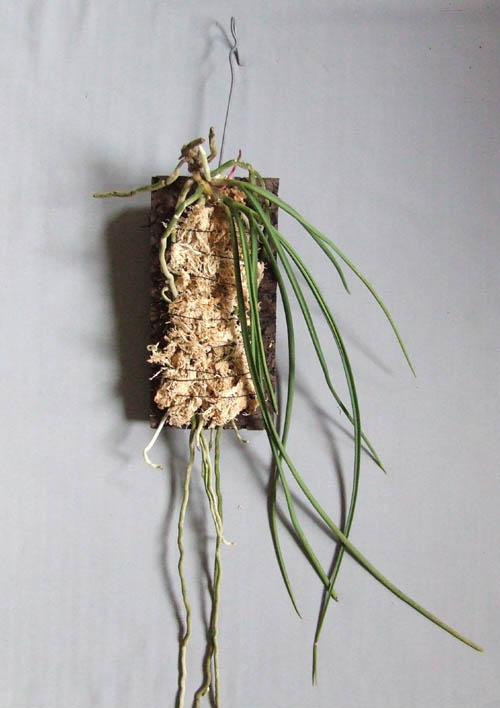 That was it and we have four beautiful orchids!

Marczika Horticulture and Trade Ltd. wants to provide those who love orchid not only with a large variety of plants, but also all tools and accessories needed to keep them at amateur, hobby and professional levels.